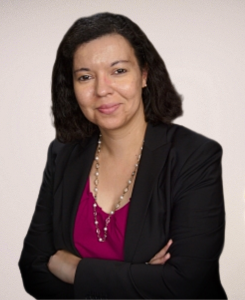 Heather White is a Partner with the Federal Practice Group. She specializes in federal sector employment litigation, practicing before the EEOC, the MSPB, the D.C. Office of Employee Appeals, the D.C. Office of Human Rights, as well as local and federal courts in civil rights, anti-discrimination and personnel/civil service cases. She is admitted to practice law in New York and Washington, D.C., and before the U.S. District Court for the District of Columbia. She has also appeared pro hac vice before the U.S. District Court for the Eastern District of Virginia. Ms. White is a member of the Metropolitan Washington Employment Lawyers Association, the D.C. Bar’s Employment Law section, and the New York State Bar Association. Ms. White has served as a faculty member at the EEOC’s Annual EXCEL Conferences, and has served a presenting panel member at the 2011 and 2017 MWELA Conferences in Washington, D.C.

Prior to joining the Federal Practice Group, Ms. White specialized in federal sector and private sector employment litigation. She has represented federal employees in EEO complaints and MSPB appeals, in federal court and in administrative proceedings. Ms. White has represented federal employees in proceedings before Administrative Judges in Washington, D.C., Baltimore, Atlanta, Dallas, Denver, and San Francisco. Her practice has often involved factually-related EEO complaints filed by employees of the same repeat-offender federal agencies. She has also represented federal contractors seeking to vindicate their rights to a safe and discrimination-free workplace.

Ms. White’s first job after law school was with a Union-side law firm in Upstate New York which specialized in labor law and employment litigation before the National Labor Relations Board, the New York State Division of Human Rights, and federal and state courts.

Ms. White graduated from The College of William & Mary in Virginia (B.A., 1995) with Honors in International Relations (specializing in Russian Area studies). She earned a graduate degree at Georgetown University, also in Russian and Eurasian Studies (M.A.,1998). She attended Tulane University Law School (J.D., 2003), completing Tulane’s common law curriculum. During all three years of law school, she clerked for the Innocence Project New Orleans, a non-profit legal organization specializing in non-DNA-based exonerations of people wrongfully convicted and sentenced to life without parole in Louisiana state prisons. In 2003 she was awarded Tulane’s McSherry Award for Outstanding Public Service for her years of work with IPNO. Ms. White also served as the Senior Articles Editor of Tulane’s Journal of American Arbitration. She is the author of Clear and Unmistakable: The Third Circuit’s Specificity Requirements for Contractual Waiver of the Federal Arbitration Act, 1 J.Am. Arb. 285 (2002).

Complainant v. Agency, August 2018 – Ms. White settled a non-promotion complaint brought by an employee alleging gender and age discrimination, including the promotion and payments into the retirement system so the client received credit for the years she was denied the promotion due to discrimination.

Complainant v. AAFES, February 2018 – Ms. White won findings of race discrimination and reprisal in an EEO complaint brought by an employee regarding unfairly low ratings he received two years in a row.  The agency did not appeal.

Plaintiffs v. Department of Education, January 2017 – Ms. White obtained a seven-figure settlement in a ten-year federal lawsuit in which she represented a group of former employees of the Department of Education in a complaint alleging disability and age discrimination, stemming from a 2005 Reduction in Force (“RIF”).

Complainant v. Dept. of Veterans Affairs, December 2016 – Ms. White reached a six-figure settlement for an employee who was terminated due to reprisal, disability, and gender discrimination.