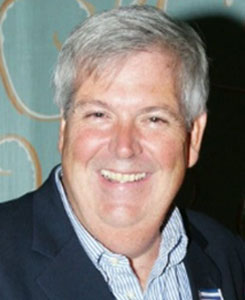 Mr. Flaherty is an Affiliate Attorney for the Federal Practice Group and of American and Irish nationality. He is admitted to Bars of the US States of Massachusetts and Maine, as well as the United States Supreme Court and the US Federal Second Circuit Court of Appeals; he is registered as a foreign qualified lawyer with the Ordre des Avocats de Genève (www.odage.ch). He is the founder and senior partner of the law firm Schwab, Flaherty & Associés based in Geneva, with subsidiary offices in the canton of Fribourg and Istanbul, Turkey.

Mr. Flaherty specializes in international litigation and the law of the international civil service. He has litigated more than 150 cases before various international Tribunals including the United Nations Administrative Tribunal and the International Labour Office Administrative Tribunal, including matters pertinent to the privileges and immunities of international organisations. He has advised the Secretary General and Executive Committee of Interpol, and is outside counsel to a number of international organisation staff associations including those at WIPO, WTO WHO, UNOG, UNIDO, ILO, UNHCR and ITU, as well as the Federation of International Civil Service Associations (FICSA). He has instructed Swiss candidates for US CPA certification in the areas of American Business law and the US Internal Revenue Tax Code, and also co-taught an undergraduate course entitled “Business, Law and the Environment” at his alma mata Tufts University, at its Talloires, France campus. He has authored numerous articles published in The International Tax Report and in the general interest magazineSwissStyle, and other publications.

Mr. Flaherty also conducted the workout of a failed US federal credit unions’ loan portfolio, resulting in the sale of salvaged assets to investors, reducing loss to tax-payer guarantors. He has collaborated with international wealth protection trust providers to create and manage international business structures, and has mediated numerous business and individual disputes, avoiding the significant expense of litigation. He has served on a municipal environmental regulatory board in order to analyze, examine, and oversee development projects. He was lead counsel in two civil actions before the US Federal 2 nd Circuit Court of Appeals, Brzak et al v. Lubbers, Annan, United Nations et al., (CV-08-2799), and Veiga v. WMO, et al., (CV-08-3999), which suits sought to have the immunity from suit of the United Nations and other international organisations declared unconstitutional under US law. Finally, he has served as outside general counsel to an 800 employee medical services provider, successfully defending the organization against numerous civil and personnel complaints, and to-date has served as lead or co-counsel in more than 150 appeals to the ILO Administrative Tribunal, the UN Administrative Tribunal, the UN Appeals Tribunal, and the UN Dispute Tribunal.