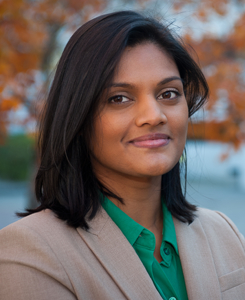 Ms. Ayesha Kumararatne is an Affiliate Attorney with the Federal Practice Group for clients interested in Canadian immigration matters.

Ms. Kumararatne is the founder of a boutique criminal defense and immigration law practice in Ottawa, Canada. Ms. Kumararatne handles all types of immigration applications ranging from visitor visas to permanent residence applications, as well as applications for protection as refugees or protected persons. She has also tackled a wide range of serious immigration matters including admissibility issues based on allegations of war crimes, organized criminality and membership in excluded groups. She appears at all levels of the Immigration and Refugee Board of Canada as well as the Federal Court of Canada on immigration and refugee law matters. She has provided expert evidence in the Ontario Superior Court of Justice on Canadian immigration law and is regularly called upon to provide independent legal advice on immigration consequences for individuals faced with criminal charges.