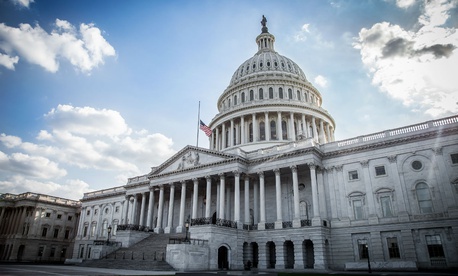 Some proposals are common sense, like excluding shutdown-created furloughs from the list of appealable adverse personnel actions (federal employees gained little from appealing furloughs during previous shutdowns). But others double down on the federal government’s bad management practices. For instance:

In June 2017, President Trump signed a law that reduced civil service protections at the Veterans Affairs Department to expedite the firing of bad employees. The Veterans Affairs Accountability and Whistleblower Protection Act lowered VA’s burden of evidence in misconduct cases from preponderant (51 percent) to substantial (“more than a mere scintilla,” whatever that means). It also shortened the adverse action process and removed MSPB’s authority to mitigate penalties. Now the administration and some lawmakers want to expand those provisions to all executive agencies.

Given the government’s resources, it is incomprehensible why an agency cannot readily prove when employee misconduct occurs. For example, if an agency removes an employee for excessive tardiness it needs only to produce reasonable documentation (a supervisor’s emails to the employee discussing late arrivals, for instance) to support the firing. Do we really need to make this easier?

With its abridged timeframes, the law fails to address major slogs in the process, including agencies taking months to investigate misconduct, despite having entire offices devoted to nothing else, and then months to decide what to do about it. Yet under the new VA law, the only shortened deadlines are:

Inexplicably, the MSPB now has 180 instead of 120 days to issue a decision, which lengthens the process, thus undermining the premise for the changes. The most ridiculously drawn out parts of the removal process, which occur before the employee is sanctioned or fired, stand unaffected.

Finally, taking away MSPB’s ability to mitigate a penalty means that agencies can fire employees for minor indiscretions without regard to reasonableness. If an agency fires a 15-year employee with no prior discipline problems for a technical policy violation, the board could not instead impose a lesser penalty. This can have unintended consequences—when their options are all or nothing, administrative judges sometimes chose nothing.

When the material facts of a case are not in dispute, MSPB Vice Chairman Robbins frequently advocates for allowing the MSPB to dispose of appeals on summary judgment—in other words, limiting consideration to the narrow legal arguments of a case.

Cases concerning annuities and appeals brought under the Veterans Employment Opportunity Act are often handled this way. But extending this option to all cases would be ripe for abuse. At the core of misconduct cases is whether the employee did what he or she was charged with doing. At the core of whistleblower retaliation cases is a question of intent. It is nearly impossible to envision an administrative judge making these decisions without weighing evidence, which is not supposed to occur upon a motion for summary judgment.

In my experience, this is a terrible idea. If I had a client who admitted to misconduct, the administrative judge would rightfully push him to stipulate as much to avoid wasting time at hearing. Yet, such stipulation rarely flows the other way. I have proceeded to hearing where the evidence showed my client was not at work on the day of an alleged incident, where the deciding official admitted there was no evidence to sustain a charge, where it has been proven that the policy alleged to have been violated does not exist, and so on. In my more than 15 years representing federal employees before the MSPB, I can recall only one time when the administrative judge tossed a charge prior to the hearing based on pre-hearing submissions.

3. Lengthening the probationary period to 2 or 3 years

Most federal employees serve a one-year probationary period during which they can be fired for any reason, with no right to appeal to MSPB. Agencies often wait to the very end of that period to terminate employees who are not working out. This appears suspicious, because if there was a genuine concern, it makes little sense that the agency sat on its hands instead of getting rid of the problem. Yet, this is what agencies do, and proposals to extend the probationary period to two or even three years, would mean agencies will sit on their hands for even longer. Every government employee can point to someone who was a problem walking in the door, who is still there because management never did its job. Solid employees, two or more years in, do not typically become problems all of a sudden.

Managers say that they tolerate the bad employees because it is so hard to hire a new employee. Perhaps the solution should be targeted at the problem—fixing the federal hiring process.

Currently, most federal employees get raises based on tenure. To get a bigger raise, they need to be promoted. Solid performers are often promoted every year or two, until they reach the senior levels, where the jobs are fewer. This is much like the private sector.

The proposal is to tie pay raises to performance evaluations, which are inherently subjective, especially for more complex work. Subjectivity is unavoidable—in my office, an associate may draft a brief that one partner thinks is great and another thinks needs work; both can be right. Pay for performance encourages playing favorites, which is problematic for obvious reasons. One need only to look at the Environmental Protection Agency, where Administrator Scott Pruitt signed off on raises of $12,000 or $66,000 for certain favored aides. While this incident is extraordinary, it is not difficult to imagine it becoming more common if pay for performance was the rule, and raises were more discretionary in nature.

The goal of reform should be to attract and keep good employees, and to get the best from each employee. Congress should stop treating federal employees like the enemy. The majority of federal employees are there to serve our country, and want, like anyone, to be treated with respect and dignity. While politicians come and go like leaves on a tree, civil servants are the trunk and roots of government.