If you are the subject of a criminal investigation, the best strategy to protect your rights, liberties, and reputation is an early and aggressive defense. At The Federal Practice Group, our experienced attorneys help clients defend against a wide variety of white-collar crime and economic fraud charges, including mail fraud, wire fraud, embezzlement and money laundering. We are skilled negotiators and aggressive litigators ready and willing to defend even the most complex cases. Many of our attorneys previously served as government prosecutors before coming to private practice. We know the courts and investigating agencies, and understand how investigators and government prosecutors think. The result of this specialized knowledge is a proactive, thorough and analytical approach to defense that is necessary given the high-stakes involved in economic fraud cases.

The proven attorneys at the Federal Practice Group have over a century of combined experience successfully assisting federal employees, government contracts, and military personnel through the most difficult periods of their lives and careers.

Ms. Daisy Chung is a Paralegal at the Federal Practice Group. In this capacity, she provides assistance working closely with the attorneys in drafting and preparing legal correspondence and pleadings. She also organizes relevant documents for attorney review and case preparation and files all court documents. Additionally, she coordinates all communication between clients and attorneys.

Prior to coming to the Federal Practice Group, Ms. Chung was a legal and administrative assistant at two different Washington D.C. firms where she supported attorneys by drafting documents, meeting preparation and preparing responses to opposing counsel. She also worked as an intern for the International Conference of Asian Political Parties in South Korea. Here, she assisted members of the South Korean National Assembly as well as worked with other political leaders from throughout the world. In addition to this she acted as a Korean-to-English translator during meetings and forums alongside preparing conclusion documents with transcripts of conferences, assemblies and meetings. Ms. Chung was also an intern for the National Science Foundation Innovation Corps Program. She provided translation services and helped numerous startup companies successfully launch their business.

Ms. Chung received her Bachelor of the Arts in Criminal Justice and Pre-Law Association with a minor in Sustainability from George Washington University College of the Arts and Sciences in 2020. 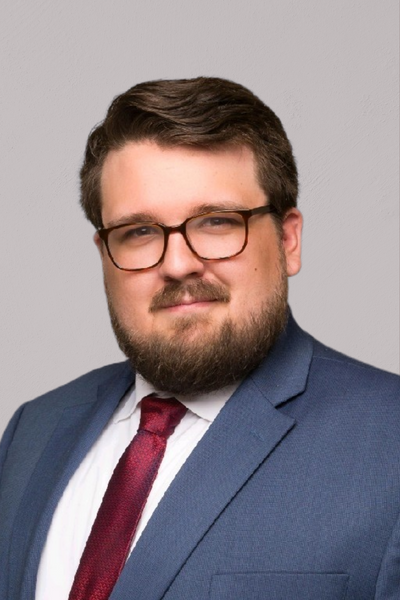 Prior to joining the Federal Practice Group, Mr. Asbill represented clients in civil and criminal matters for a national law firm specializing in intellectual property and complex commercial litigation. Prior to his joining the nation law firm Mr. Asbill served as a criminal prosecutor managing felony cases including work on homicides and sexual offenses. He was also appointed the special prosecutor for animal abuse and cruelty matters for Tulsa County where he worked jury trials, as both, a second and first chair counsel.

Mr. Asbill earned his Juris Doctorate from The University of Tulsa College of Law. He received his Bachelor of Science in Political Science from the Oklahoma Christian University. Prior to joining the Federal Practice Group as an associate attorney, Mr. Hargreaves served as a law clerk for FPG while attending law school. He also served as a legal intern in the chambers of the Honorable Marian Blank Horn at the United States Court of Federal Claims.

Mr. Hargreaves is a graduate of Virginia Tech and holds a Bachelor of Arts degree in International Studies, with a focus in World Politics, and a Bachelor of Arts in German.  He received his Juris Doctor, with a concentration in Government Procurement, from the George Washington University Law School. Ms. Koneru is an Associate with the Federal Practice Group. Her practice is focused on government contracting and complex litigation.

Prior to joining the Federal Practice Group, Ms. Koneru worked at the General Services Administration, Office of General Counsel as a Legal Intern in both the Personal Property Division and Acquisition Policy Division where she researched and drafted memorandum on government contracts related issues, including default termination, CICA stays, and bid protests. She also drafted and amended rules for the agency’s internal regulations manual.

Prior to the GSA, Ms. Koneru worked as a legal assistant within the Federal Judicial Center where she researched, compiled, blue-booked, and synthesized sources on shadow banking and Chapter 14 of the Bankruptcy Code for the upcoming Dodd-Frank Report and co-authored Appendix B of the Dodd-Frank Report.  Prior to the Federal Judicial Center, Ms. Koneru worked as a Research Assistant at The George Washington University Law School where she researched, coded, and compiled data on wrongful conviction statistics and compensation in the U.S. and assisted in cases within the Public Justice Advocacy Clinic.

Ms. Koneru’s other experience includes interning for a D.C. law firm specializing in family and probate law, where she assisted in research and drafted client documents including wills, trusts, power of attorney agreements and litigation documents, including complaints and answers. 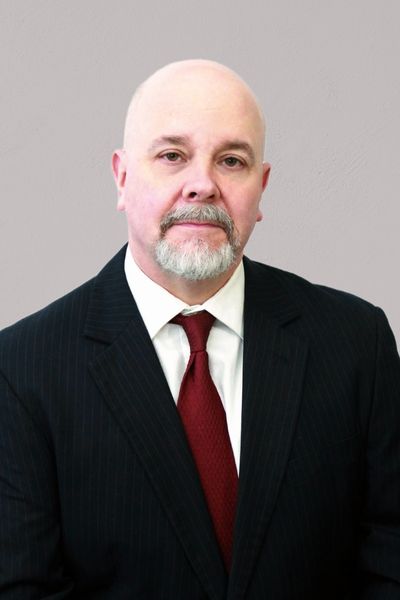 Timothy Kittle is a Senior Counsel at the Federal Practice Group. He has deep experience and passion for representing individuals and holding agencies and/or government accountable to established rules and procedure.

Prior to entering the profession of law, Mr. Kittle was an accomplished and decorated law enforcement officer with over twenty years of service.

Timothy Kittle is a member of two State Bar Associations, Wisconsin and Oklahoma, and is admitted to all three Federal District Courts in Oklahoma, the Western District of Texas, as well as the Tenth Circuit Court of Appeals.

Ms. Thompson is a partner with the Federal Practice Group. Her practice is focused on criminal and civil litigation, military defense, national security law, FOIA litigation, and government contracting. Within these fields, she represents active duty, reserve and guard, former servicemembers, and federal employees and contractors, with her representation ranging from assistance with adjudication of security clearances, administrative matters, disciplinary action, courts-martial, appeals, and contract disputes.

Ms. Thompson’s representation includes assistance with applications for, and responses to denial or revocations of, security clearances with all respective agencies. She also assists with appeals of courts-martial and federal convictions; she has successfully over-turned convictions in both the Navy-Marine Corps Court of Criminal Appeals and the Court of Appeals for the Armed Forces. As a judge advocate in the Marine Corps and former Special Assistant to the United States Attorney for the Eastern District of Virginia, she has a first-hand working knowledge of the unique administrative and legal systems within the intelligence communities, military, Department of Defense, and federal systems, and knows how to navigate each system respectively. Ms. Thompson has extensive experience with wrongful discharge claims before the various military correction boards and the Court of Federal Claims and has successfully petitioned for the removal of adverse documentation from servicemembers’ personnel files and for the upgrade of less than honorable characterizations of service.

Eric S. Montalvo, a Founding Partner of the Federal Practice Group, has earned an international reputation as an aggressive, thorough, and respected trial attorney. He is familiar with the overwhelming nature of complex litigation and associated media strategies. Mr. Montalvo currently maintains a Top Secret/SCI security clearance. He has been recognized as a national leader in military law.

Mr. Montalvo, a “Mustang”, retired from active duty after serving 21 years in the United States Marine Corps which included combat tours during Desert Shield/Storm and Operation Iraqi Freedom, deployments to Afghanistan and duties which ranged from prosecution, defense, command advisor, representing the U.S. Department of Justice as a Special Assistant to the U.S. Attorney for Parris Island before the United States District Court for the District of South Carolina, and service before the Military Commissions.

After graduating with honors with a Bachelor of Science in Business Management from the University of South Carolina, Mr. Montalvo received his Juris Doctor degree from Temple University School of Law with honors. While pursuing his law degree, he served as a judicial clerk for the Honorable Nitza I. Quinones Alejandro and interned with the Legal Clinic for the Disabled, the Camden Public Defender’s Office, and the Philadelphia District Attorney’s Office. Mr. Montalvo also participated in Temple University’s study abroad program in Greece, where he focused his studies on international law.

"The Federal Practice Group was amazing through my case. At all times the attorneys kept me up dated about any issues, or upcoming actions that needed to take place. The team led me through the lengthy process with the EEOC and got me a successful outcome. I would highly recommend the Federal Practice Group to anyone facing discrimination, or legal issues related to Federal employment."