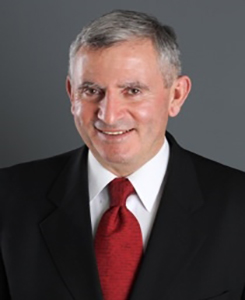 Peter R. Masciola is an Affiliate Attorney for the Federal Practice Group and has over 30 years of experience as a lawyer in the private and public sectors. He has successfully represented military officers and enlisted personnel from all ranks and specialties whose families have been the victims of major personal injury or medical malpractice, including military JAG officers, medical officers, military family members, and retirees from bases across the country and around the world. His clients have obtained multi-million dollar recoveries for their injuries and other losses caused by negligent military health care providers and other personnel from all branches of service and federal agencies. Mr. Masciola has held numerous executive leadership positions in Civilian and Military Bar Associations and was the DC Trial Lawyers Association’s 2009 Trial Lawyer of the Year.

Mr. Masciola is a Retired Brigadier General from the Air National Guard – U.S. Air Force Reserve. In 2012 he completed a year’s tour in Afghanistan in charge of US Law of Armed Conflict legal operations and US support of Afghan terrorist criminal trials at the Detention Facility in Parwan. Mr. Masciola also served a 17-month active duty tour as Chief Defense Counsel, Guantanamo Bay Military Commissions. In 1993-1994, Mr. Masciola served on active duty as the Branch Chief of the Air Force Medical Law Claims and Tort Litigation, overseeing all of the Air Force Medical Claims and Medical Tort Litigation. Mr. Masciola is dedicated to providing you and your family experienced, high quality, professional representation for your military medical malpractice, Federal Tort Claims Act (FTCA), Military Claims Act (MCA), military accident, or serious personal injury case. Mr. Masciola is an accomplished criminal and civil litigator who gets winning results for his clients.