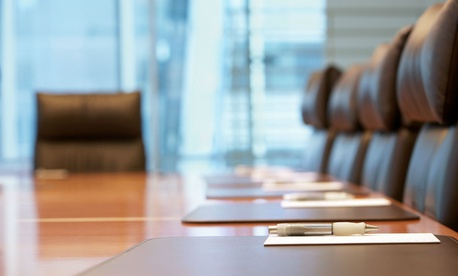 Although the Trump administration has taken several steps to try to reduce the power of federal employee unions in recent weeks, advocates and observers argue that the most critical piece of the White House’s workforce agenda is something President Trump has not done.

In May, Trump signed three executive orders that make it easier to fire federal employees and reduce the influence of federal employee unions. One of the orders seemingly opens the door to agencies unilaterally implementing new collective bargaining agreements—without union approval—if they deem union representatives to be stalling or otherwise negotiating in bad faith.

Under normal circumstances, if a union wishes to appeal a management decision to change policies governing the workplace, it simply files an unfair labor practice complaint with the Federal Labor Relations Authority, an independent agency tasked with mediating some labor-management disagreements.

But there is one problem with that process. The FLRA can only consider cases that have been vetted and brought to its members by the agency’s general counsel. And although Trump has nominated three members of the FLRA, all of whom have been confirmed, the general counsel post remains noticeably vacant.

Debra D’Agostino, a federal employment lawyer and founding partner of the Federal Practice Group, said she believes the collective bargaining order and lack of a general counsel are designed to work together to cripple labor groups.

“The executive order talks about how, if bargaining is delayed or impeded, the agency shall consider whether to file an unfair labor practice [against the union], which is effectively closed as an option, or to propose a new contract and implement that proposal,” she said. “It’s almost as if the executive order is designed to give agencies the right to basically not engage in collective bargaining and instead unilaterally implement proposals, because while there appears to be the option to file a ULP, that’s not a real option.”

A variety of federal labor unions have filed legal challenges against the White House’s executive orders, and a hearing for those lawsuits is scheduled for July 25. But as agencies begin to take action to implement the orders on their own, union officials are examining what administrative recourse they have, if any.

Earlier this year, unions filed unfair labor practices after the Agriculture Department unilaterally curbed the use of telework at the department from up to full time to a maximum of one day per week, and after the Education Department accused the American Federation of Government Employees of dragging its heels in ground rule negotiations for a new CBA and implemented a new edict, removing dozens of provisions outlining perks and employee protections.

But after the Housing and Urban Development Department informed its AFGE council last month that it plans to evict the union from agency office space despite the fact that labor and management were set to begin ground rule negotiations on a new CBA, union officials said they would have to reexamine their avenues for appeal.

“We’re considering our options,” said Holly Salamido, president of the AFGE HUD Council. “While this is clearly a ULP, and it’s prohibited by statute . . . the Trump administration has deliberately not filled the general counsel position, so no complaints can go forward.”

D’Agostino said that although the Trump administration has struggled to fill vacancies across government, the other appointments that have been made at FLRA, and the text of the executive order, suggest the vacancy is likely intentional.

“I absolutely believe [it’s intentional],” she said. “If you look at the government right now, I think about half the vacancies are just created by the fact that the Trump administration wasn’t prepared to take the reins [in January 2017], so there were no folks lined up. But I think at this point it’s pretty clear that there are several spaces that are being intentionally left vacant for the purpose of carrying out the administration’s goals. In this case, they clearly want to do away with federal employee unions.”

D’Agostino said that although ordinarily a union must exhaust all administrative processes before filing litigation, she believes labor groups will soon begin going straight to court, arguing that the lack of a FLRA general counsel automatically exhausts other avenues for redress.

“I suspect that the courts will be open to the notion that administrative remedies have been properly exhausted,” she said. “It’s sort of akin to what’s happened with the [Merit Systems Protections Board], where although there are regional offices with judges hearing cases, because there’s no quorum on the board, the appeals can’t be heard. So now we can just take those appeals to federal court for review, because that step in the administrative process is missing.”