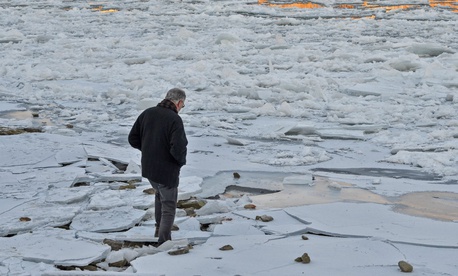 Late last year, Intelligence Community officials placed Dan Meyer, Director of the Intelligence Community Whistleblowing and Source Protection Program and an avid supporter of whistleblowers, on administrative leave with no explanation. It was chilling news to those who follow such matters. Sen. Chuck Grassley, R-Iowa, said it would be “unacceptable” if Meyer was facing retaliation for communicating with Congress about whistleblower issues.

In a statement, Meyer said, “My promise to the community and its stakeholders is that I will be brutally blunt about the extent of [whistleblower] protection—where it’s strong and where there are pitfalls.”

Unfortunately, the pitfalls are many.

The whistleblower rights of employees in the Intelligence Community are very limited as compared to those of federal employees in the competitive service. IC employees are specifically excluded from coverage under the Whistleblower Protection Act and Whistleblower Protection Enhancement Act, which protect most civil servants from retaliation and provide avenues for remedy. In part, this is because in most cases, the information an IC employee would disclose is classified, and thus the information cannot legally be released to the public. However, this justification is not entirely logical because IC employees are prohibited even from disclosing unclassified information. Instead, they must follow strict procedures for any disclosure.

The misnamed Intelligence Community Whistleblower Protection Act—which does not prohibit retaliation against IC whistleblowers, or provide any avenues for relief from whistleblower retaliation—sets forth procedures for IC employees to blow the whistle. To be considered a protected disclosure, versus an impermissible leak, the complaint or information must be related to an “urgent concern” as defined in the ICWPA; and the employee must bring the complaint or disclose the information, within 14 days, to the agency through the proper agency channels. Practically speaking, the ICWPA requires employees with objectively “urgent concerns” to bring those concerns to the attention of the Intelligence Community Inspector General. Following this, if the IC IG finds the information credible, the Director of National Intelligence will transmit the matter to the appropriate committees in Congress, or, the employee may be given the right to notify Congress.

Because of the shortcomings of the ICWPA, President Obama issued Presidential Policy Directive 19, which expressly prohibits retaliation against IC employees who make protected disclosure. However, PPD-19 is not law, and President Trump, or any future administration, may easily revoke it. Title VI of the Intelligence Authorization Act codified some of the protections of PPD-19, but the law still does not provide a neutral forum for IC employees to adjudicate retaliation claims, such as the U.S. Office of Special Counsel, which takes complaints from most federal employees in the competitive service. This means that the very agency leadership that retaliated may also be the ones with the authority to adjudicate the retaliation claim, and there is no way for an IC employee to properly take the matter outside of the defined internal avenues. This is why Dan Meyer and his program have been so vitally important to protecting IC employees, and why, if no one else will, Congress must intervene to protect Mr. Meyer to ensure he is not engulfed by the very pitfalls he has fought so hard to protect others from stumbling into.

Debra D’Agostino is a founding partner of The Federal Practice Group. She has more than a decade of experience in employment law and has represented clients in matters before the EEOC, MSPB, the U.S. Court of Appeals for the Federal and D.C. Circuits and the U.S. Court of Federal Claims.