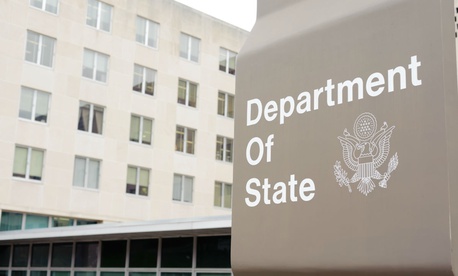 In an unusual step during an unusual government shutdown, the State Department on Thursday notified thousands of furloughed employees that it had freed up some existing funds so that the idled staff must report back, in most cases, on Jan. 22. In another unusual twist, the staff will be paid for the work they do once they return.

“As a national security agency, it is imperative that the Department of State carries out its mission,” wrote Bill Todd, deputy undersecretary for management, in a memo. “We are best positioned to do so with fully staffed embassies, consulates, and domestic offices. … All State Department direct-hire employees and State Department locally employed staff are expected to report to work on their first work day in Pay Period 2.” In a few cases of overseas staff that will be Jan. 20 rather than Jan. 22.

The recalled employees will be paid on time on Feb. 14, the memo said, but “employees, including those who have performed excepted functions, will not be paid for Pay Period 26 and Pay Period 1 (the time period between December 22, 2018, and January 19, 2019) until fiscal 2019 appropriations are enacted.”

As most personnel operations resume, however, the bureaus and posts “are expected to adhere to strict budget constraints with regard to new spending for contracts, travel and other needs,” Todd continued. Those constraints were laid out in shutdown contingency guidance updated on Jan. 11, a document that also discusses plans for the use of “residual balances in multi-year and no-year appropriations, trust funds, other permanent appropriations, fees [and] the Working Capital Fund.”

Todd’s memo added that the “department will review balances and available legal authorities to try to cover future pay periods.”

Asked for clarification on the authority and funding source for such an unusual move—other departments, including the Internal Revenue Service, the Food and Drug Administration and the Agriculture Department, have also recalled furloughed employees this week but not with a promise of pay—a spokesperson referred only to “available balances” using actions “consistent with applicable legal requirements.”

In an email to Government Executive, the official said, “The State Department is best positioned to carry out our mission when we have our entire team on the field. The department’s management, budget, and legal teams have been working on a way to do just that as the president continues working to secure our Southern border and bring reforms that will ensure the safety and security of the American people.”

The search continues for other funding sources during the appropriations lapse, the statement added, and “any future department actions will be taken under Office of Management and Budget guidance, in consultation with Congress.” The White House has also been consulted, it said.

The move came just days after Secretary of State Mike Pompeo told reporters while traveling to the United Arab Emirates that “morale is good.” State’s employees “understand that there are squabbles in Washington, but their mission remains, their duties continue and they’re executing them.”

The recall also came at the same time dozens of U.S. diplomats stationed around the world had gathered in Washington during the shutdown for a two-day forum. (Such conferences have been conducted since 2011.)

A sample furlough notice posted with State’s shutdown plans said that in “the absence of either a current fiscal year appropriation or a continuing resolution for the Department of State, no further financial obligations may be incurred by the department, except for those related to the orderly suspension of the department’s operations or performance of excepted activities as defined in the Office of Management and Budget Memorandum for Heads of Executive Departments and Agencies dated November 17, 1981, and subsequent guidance.”

It continued: “Hence employees who are furloughed “(i.e., non-pay, non-duty status)….should monitor public broadcasts and when you hear that a continuing resolution or a current fiscal year appropriation for the department has been approved by Congress and signed by the president, you will be expected to return to work on your next regular work day.”

Asked to comment on the move’s legality, federal employee attorney John Mahoney said, “Everything about this partial federal government shutdown is unusual. Employees at the State Department affected by the deputy undersecretary of State for management’s back-to-work order need to obey that order and timely report back to work as instructed.  If [State] plans to use previously appropriated discretionary funds on hand to pay salaries, then their actions may be permissible.  I don’t think Congress will oppose [the department’s] efforts to get their federal employees back to work.”

Debra D’Agostino, a founding partner of The Federal Practice Group, said, “While executive agencies usually don’t find or have payroll funds sitting unaccounted for, at least the State Department is recognizing the hardship this ongoing furlough has caused to employees. It’s not clear exactly how these funds were located,” she added, but “kudos to the State Department for not requiring its employees to work for free, even if it’s only for a short while.”

Tom Spiggle, founder of a law firm specializing in employee rights, agreed that the maneuver appears legal. “These agencies have broad discretion in many instances, depending on their funding sources,” he said. The plan could “also limit the liability of the department for violations of the Fair Labor Standards Act, and is probably a good thing for departments to do.”

To speak to a Court of Federal Claims bid protest lawyer Virginia residents place their trust in, schedule your consultation with an experienced attorney at The Federal Practice Group today.