The Fine Print of Trump’s Executive Order on Official Time

The Fine Print of Trump’s Executive Order on Official Time 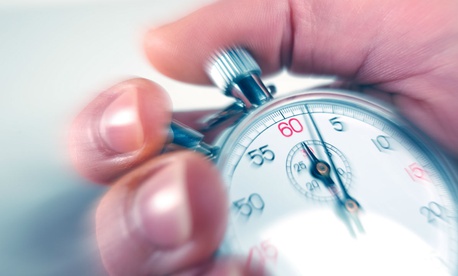 One of the orders that has drawn particular ire seeks to reduce the use of official time, a practice where union employees are compensated for representational work, ranging from assisting colleagues with grievances to attending meetings between labor and management officials. In a briefing last week, senior White House officials announced the edict would bar employees from spending more than 25 percent of their work hours on official time, and it would prevent them from using official time to lobby Congress or “to appeal when poor performers are fired.”

Officials also said the order instructs agencies to cease offering free or discounted use of government office space and property, and ends the practice of reimbursing employees for official time-related expenses, like travel.

But a close read of the order, entitled Ensuring Transparency, Accountability and Efficiency in Taxpayer Funded Union Time Use, reveals a broader effort to reduce the use of official time at agencies.

In addition to the already announced 25 percent of work hours cap, the order instructs agencies to pursue collective bargaining agreements that cap the “union time rate,” which is defined by the amount of official time authorized per year divided by the number of employees in a bargaining unit, at one hour.

“Agreements authorizing taxpayer-funded union time . . . that would cause the union time rate in a bargaining unit to exceed one hour should . . . ordinarily not be considered reasonable, necessary and in the public interest,” the order stated. “Agencies shall commit the time and resources necessary to strive for a negotiated union time rate of one hour or less, and to fulfill their obligation to bargain in good faith.”

According to an Office of Personnel Management report on the use of official time in fiscal 2016, the “union time rate” across government that year was 2.95 hours, an increase of about four minutes over the rate in fiscal 2014. While many agencies already spend less than one hour of official time per bargaining unit employee each year, some departments, particularly the larger ones, are well above that benchmark.

If an agency completes a collective bargaining agreement that authorizes official time greater than the one hour per bargaining unit employee annual figure, it is required to submit a report to the OPM director within 15 days laying out why such “expenditures” are reasonable and describe the public benefit derived from the official time use as well as identify the total cost of the extra official time use.

The order also establishes rules for “employee conduct” while using official time. It precludes employees from using official time to engage in “lobbying activities,” and says all uses of official time must be authorized in advance and in writing in most instances. Joanna Friedman, a lawyer and partner at the Federal Practice Group, said prior authorization is already mandated in most, if not all, existing CBAs.

“If you pull up any CBA, you’ll already see provisions—they already require that official time is something that is supposed to be requested in writing,” Friedman said. “You’re supposed to get prior approval except in emergency circumstances, and that only happens if an employee is pulled in for an inquiry or investigation, and they want to invoke their right to a union representative.”

The order controversially removes preparation and assistance in grievance proceedings on behalf of the union or a colleague from the list of acceptable uses of official time, although it allows an employee to use official time if the grievance is on an individual’s own behalf. That exception is the center of the American Federation of Government Employees’ legal argument that the order violates the union’s First Amendment freedom of association. Grievances related to whistleblower retaliation allegations also continue to be approved uses of official time.

The order also instructs agencies to devise more in-depth procedures for the approval of official time, as well as systems to better track the amount and purpose of official time.